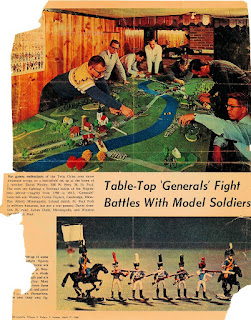 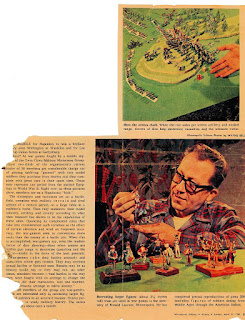 I imagine the figures are mainly Scrubies. Also for UK readers, is this evidence of Vic Reeves collecting 54mm figures?
Posted by Vintage Wargaming at 16:01

...and look at that he threw double six for the camera..!

What's on the end of your bounce stick, Vic

Air support from the Dove from Above...

I guess the same Dave Arneson who later on was one of the inventors of D&D?

It would indeed be the same Dave Arneson and also Dave Wesley, who inspired Arneson's Blackmoor campaign with his own Braunstein campaign.

Does anybody know what rules they are playing? Is it Strategos?