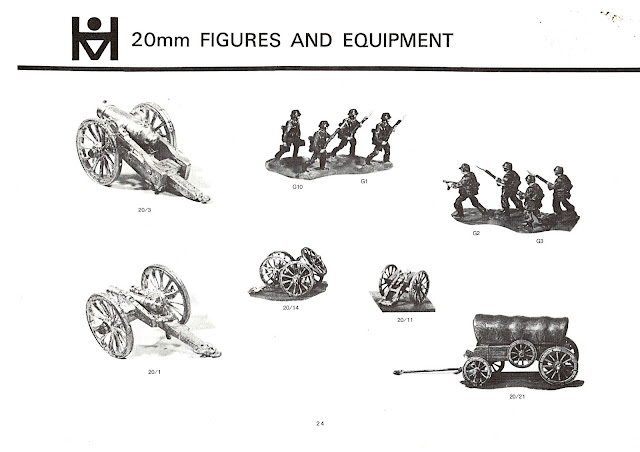 In the comments on a recent post about French line artillery on Stryker's Hinton Hunt Vintage Wargames Figures blog there has been a little discussion about the Hinchliffe 20mm equipment range. These were generally reckoned the best 20mm equipment available, significantly better than Hinton Hunt guns and limbers, and with a slightly bigger range.

Although the moulds were lost a long time ago I was surprised how little known they appear to be even among aficionados of vintage 20mm figures so I am posting the listing and some photo from the 1972 Hinchliffe catalogue. They certainly deserve to be better known.

Below are two photos of a Peter Gilder French Old Guard Artillery crew with a Hinchliffe 20mm French 12 pdr gun.(These are Hinton Hunt figures which were originally owned by Peter Gilder). 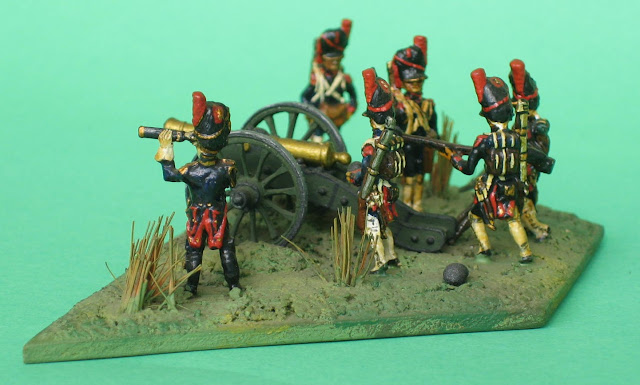 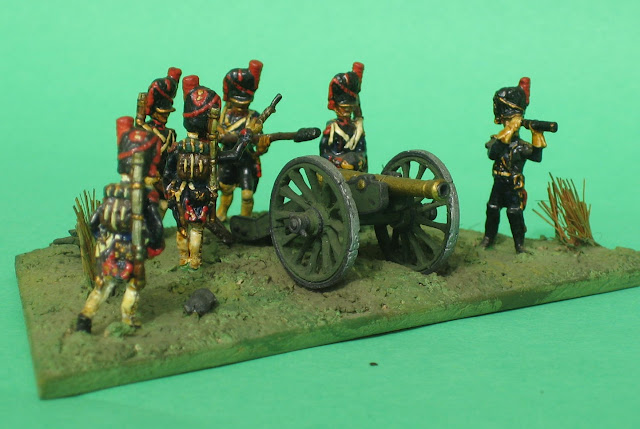 A British 10" howitzer, suitable for both Napoleonic and Crimean Waes 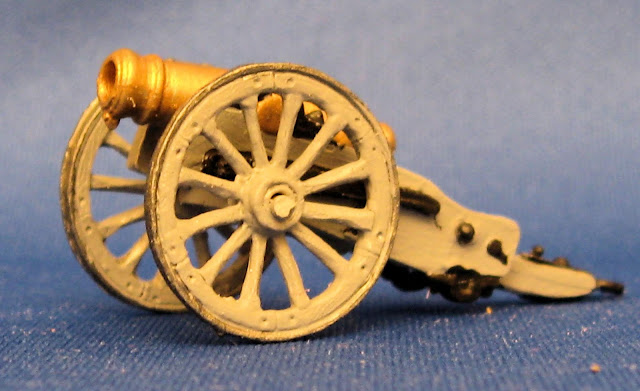 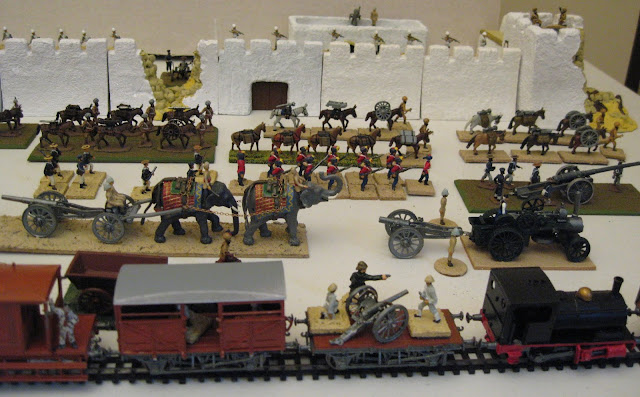 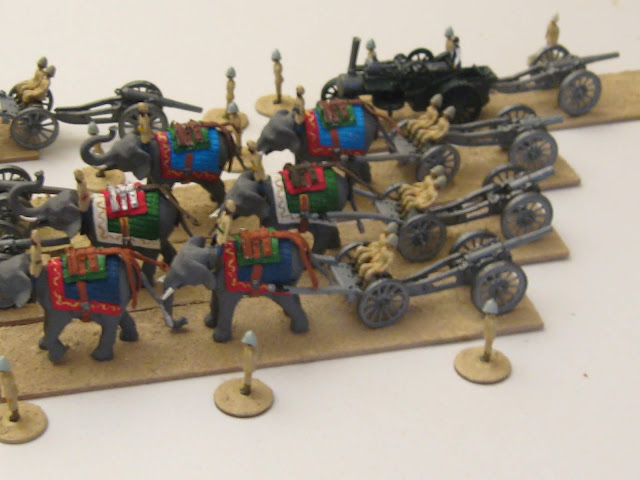 4 sets, with the 40 pdr gun versions on each side and 2 sets with the 6.3" Howitzer in the middle. (I know the tubes of the 40 pdrs are in firing rather than travelling position but I didn't want to have any of the guns only in the travelling position This set was the first metal figures I ever saw, in a hardware shop in Durham in the early 1970s. I can't remember the cost but it was astronomical when Airfix figures had been 2/11 a box. More than 40 years later and with the help of eBay and others I now have about 12 sets of them, which may be overcompensating.

And finally a pair of British Colonial Baggage wagons. These came without horse teams or divers/crews, so these have been completed with S Range draught horses and Jacklex drivers.