I think completely unconnected to the recent post of the Miniature Warfare Balkans 1919 article, I received an e-mail from Stephen from the War Diaries of a Little Englander blog. This said: "I wonder if you could help me via your Vintage Wargaming blog? I’m looking for an article, or just an exact reference, that was either in Miniature Wargames, or Wargames Illustrated towards the end of the 1990s (I think). It was about playing a H G Wells’ style wargame using 42mm (Irregular figures, I suspect) , and used wine corks and beer mats. I seem to remember that the period was pre-Great War Balkans Wars. I posted about this the other day on my blog – War Diaries of a Little Englander – but with no luck, yet."

Fortunately a very small amount of digging unearthed two articles by Phil Gray in The Journal of Twentieth Century Wargamers (SOTCW) from 1998, one desecribing the game, with the second later article containing the rules. The game was inspired by Irregular Niniatures 42mm Toy Soldier range, HG Wells' Litlle Wars, and an account by Gerald Durrell. The game was run as a demonstration game at a number of shows, to promote the Irregular range, the SOTCW, and the Continental Wars Society.

Witht he pernmission of the author and of Richard Baber, the editor of the Journal, the original article is reproduced here, with the second article (the rules) in a separate post below. Phil doesn't remember submitting an article on this game to any of the glossy magazines, but if anyone knows any differntly, please let us know with a comment.

The SOTCW website contains information on The Journal, back issues, society membership, and the Society's on line forum.

The Irregular 42mm ranges can be see on their website - click on "42mm" at the bottom of the home page to see the lists, prices etc. 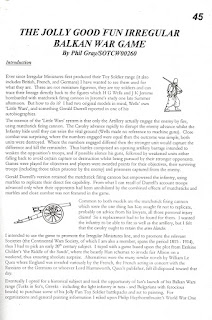 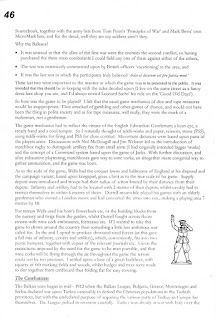 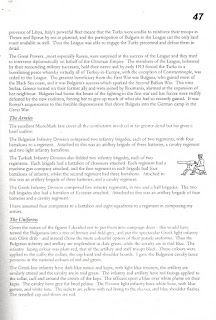 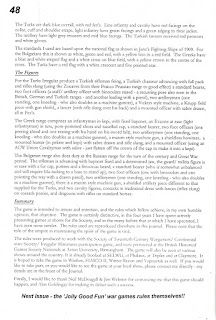 Posted by Vintage Wargaming at 14:33 7 comments: 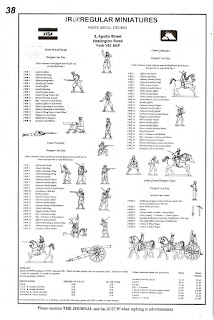 Phil Gray's second article in The Journal of the Society of Twentieth Century Wargamers (SOTCW)contained the rules for his Irregular Balkans demonstration game. This appeared in Journal Issue 32, dated Winter 1998.

They are reproduced below with the permission of the author and Richard Baber, the Editor of the Journal.

The SOTCW web site can be foiund here, where membership and/or back issues of the Journal can be purchased, and there is also a lively forum.

I have also posted above the original Irregular Miniatures advert for their 42mm figures which accompanied the article. Please note that these are 1998 prices not current ones. Current prices can be see on their website - click on "42mm" t the foot of the home page to see lists. In addition to the British, French and German figures listed here (in the original advert) Irregular now also offer a specific Balkans War/Russo Turkish Wars range which adds further figure and equipment options. 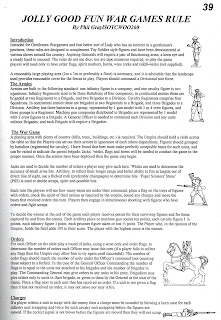 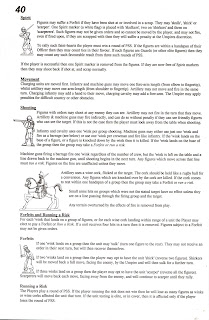 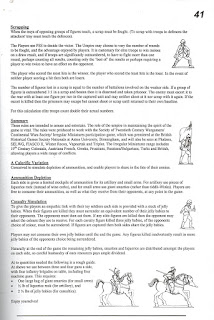 Posted by Vintage Wargaming at 14:07 No comments:

War Department Wargames Group, the Big Battle League and the Invasion of Arcadia.


Terry Mutlow has been in touch again about those who participated in this group and event.

With reference to the posting about the 1975 large scale Invasion of Arcadia and the subsequent Big Battle League, I enclose two lists of participants. and members of the War Department Wargames Group.

In particular you may note the inclusion of the charming and incisive Mark Urban, a schoolboy at the time, who went on to be the defence and then current political editor of BBC2 NEWSNIGHT, as well as author of several excellent non-fiction books.

If you'd like to run these, lists on Vintage Wargaming, we may pick up some "self-Googlers" like me who may respond with stories or even photographs of some of the battles of the time!


The names Terry has sent are: 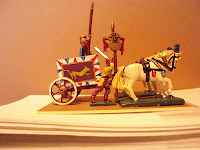 Another new blog to recommend - Harry Pearson of Achtung Schweinhund and Vintage 20mil fame (amongst others) has started a new blog, Parum Pugna.

I know Vintage Wargaming is a little light on Ancients (I must try to put some limit on which soldiers I buy) so Harry's blog may provide some solace for those who favour this period. I'm sure there will be plenty of material of other interest as it develops.
Posted by Vintage Wargaming at 14:08 No comments: 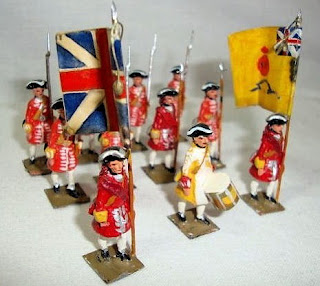 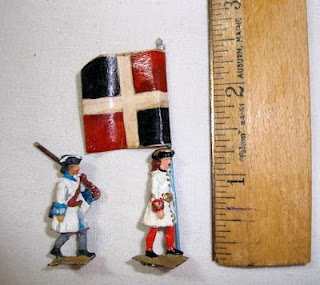 Greg from Oz sent me these pictures from some recent e-bay lots.

I wonder if your readers might be able to cast a little light on some figures for me.

Some time ago I failed to win a number of eBay auctions.

The figures were as pictured and were reputedly by an Ed Saunders of Taunton. As you can see they are 7YW subjects and not without some charm.

According to the notes in the auctions, the figure bases were cut from tin cans. I presume the figures were soldered to them.

Interestingly, the cavalry look like old Airfix horses and are not dissimilar to the Marchmont Dragoons depicted in “Charge!”.

If anyone has any information, I’m exceedingly curious.


I wrote back (this is counding like That's Life, isn't it):

Ed Saunders is a name that crops up regularly in early issues of Don Featherstone’s Wargamer’s Newsletter and also occasionally in Jack Scruby’s magazines. I think he is the same as the A W Saunders in the link below.

Interestingly the first article is about figures he made himself, although in a smaller scale. The method he describes for making them could fit very well with these figures. As you say the horses have a definite Airfix look to them – possibly the US Cavalry set. If they are mounted on tin bases the chances are that these have been cast in metal – I can’t imagine the plastic horses with the pegs for the plastic bases cut off and araldited to tin bases would be rigid enough or strong enough to hold metal riders.

I’ll post the pictures and a request for any information on the Vintage Wargaming and Old Metal Detector blogs, and I’ll circulate to a few people who might know more.

True to my word I'm posting the photos and request for information both here and on The Old Metal Detector.

If anyone could shed any light on whether Ed Saunders and A W Saunders are one and the same (I guess I could go through loads of old Wargamer's Newsletters to see if I could work this out but I don't have the time to do it at the moment), or has any further information on these figures, please respond in a comment. Thanks.

An earlier post about Ed Saunders and his commissioning of paintings of his wargames can be found here.
Posted by Vintage Wargaming at 16:54 6 comments: 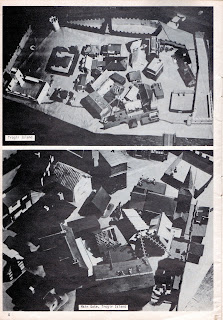 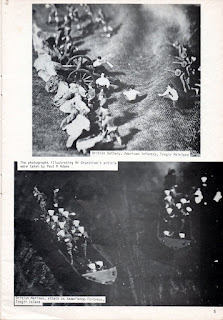 Nowadays when a range of figures for most conflicts you can think of exist somewhere in some scale or other, it is hard to remember earlier times when conversions, paint jobs and imagination were often required. Anything outside the mainstream seemed unbelievabley exotic. This article fitted the bill - I always likesd the picture of Airfix 1914 infantrymen in Pontoon Bridge boats attacking. 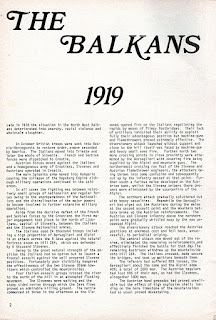 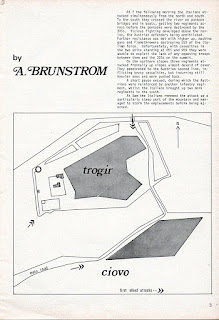 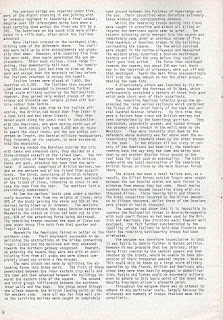 Posted by Vintage Wargaming at 09:32 3 comments:

Earlier posts on Vintage Wargaming here and here referred to the Lamming Seven Years' War range, about which little information exists other than that they were definitely in production in December 1970 and no longer in production by January 1972.

I have never seen any lists for this range or any photographs of them. Thanks to Paul in Oz these pictures show a possible sighting. The clue is the Easter Island face. Does anyone recognise this figure, or have any further information on this figure or the range?
Posted by Vintage Wargaming at 14:43 1 comment: 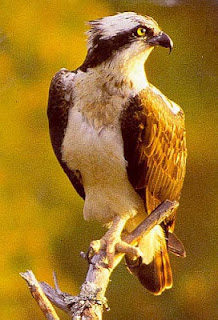 Posted by Vintage Wargaming at 13:18 No comments: 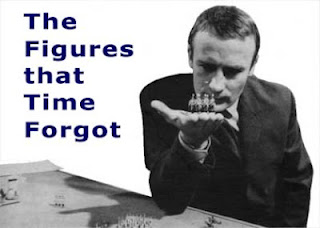 For those of you who like me rely on the Vintage20Mil site, and for whom it's current unavailability is a problem, here is the link for the Way back Machine internet archive which will let you view a stored version of the site from July last year.

I'm told the current absence of the site is due to changes being made by the site's host. I hope this will be temporary but it is comforting to think you can still access this very valuable resource.

Just thought I would flag up this post over on Mike Taber's Table Top Talk Blog.

It's an autobigraphical piece by John Greenwood of Greenwood and Ball fame.