I am indebted to Harry Pearson for this article on Norman Bel Geddes and his War Game.

If you think you spend too much money on toy soldiers remember the name Norman Bel Geddes. It is estimated that the vast naval and land battles the architect and designer hosted in the basement of his Manhattan townhouse cost him over $13,000. And that was back in the early 1930s when the world’s highest paid sportsman, Babe Ruth was pulling in $80,000 a season. Imagine spending a fifth of Wayne Rooney’s annual wage packet on figures and you’re near to seeing the mighty scale of Bel Geddes’ gaming fixation. 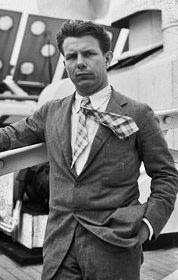 Born in Michigan in 1893, Norman Bel Geddes was an architect, designer; filmmaker and all-round visionary who popularised the concept of streamlining and who’s utopian Futurama exhibit at the 1939 New York World’s Fair shaped humanity’s vision of what the 21st century would look like until well into the 1970s. He’d begun his career designing sets for the Metropolitan Opera and was married to the theatrical costume designer Edith Lutyens, a former-Belgian fencing champion who worked with Orson Welles and Jerome Robbins. The couple’s daughter Barbara would become an actress, best known for playing Miss Ellie in Dallas.

The lavish nature of Geddes’ games, the fashionable location, the a-list participants they attracted (including Charlie Chaplin and Douglas Fairbanks, five-star generals, Russian chess champions, admirals, newspaper editors, even Hollywood sweetheart Mary Pickford) and the fact that – in the era of Prohibition – much alcohol was served, make them perhaps the most swinging and glamorous wargames in history. Geddes; miniature manoeuvres attracted a good deal of favourable media attention – featuring in articles in Time, The New York Times and the New York Sun. Life magazine was particularly impressed, ran several features on the game and during WW2 commissioned Bel Geddes to make a series of huge dioramas depicting actions in Europe and the Pacific. 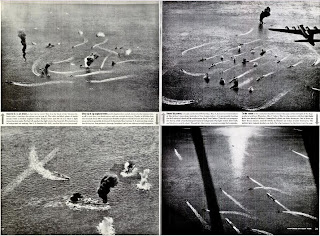 By 1930 Geddes had already designed a whole range of large-scale entertainments, including mechanical baseball and golf games and a very popular model horse-racing track, but all of these paled into insignificance compared to his wargames set-up.

Like HG Wells, Geddes had pacifist leanings and seems to have believed – like Wells – that the best way to persuade people not to fight real wars was to get them involved in fighting miniature ones. His wargame was a massive affair fought over a period of weeks on a table well over twenty-feet long, with rules of striking complexity, based loosely on World War One, but featuring technology that fell “within the realm of probability” including motorized supply carriers, submarines, tanks and armored cars, machine guns, and landing barges. 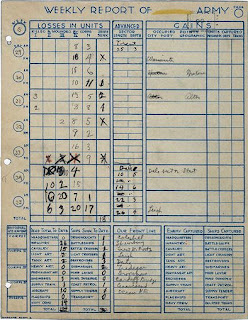 “It’s a game, of course… but an extraordinary one… A bird’s eye view of modern warfare for players who can see like birds and reason like mathematicians,” noted a writer from the New York Sun, “Navies, complete from battleships to minesweepers… A flight of airplanes is a tiny symbol on a two-inch-long pin stem. Submerged submarines are invisible, but there…”

Posted by Vintage Wargaming at 15:36 7 comments: 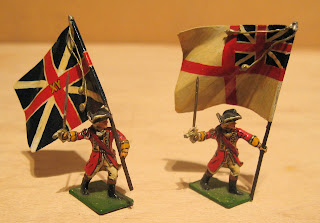 I've now added individual posts with photographs for each figure over at the Old Metal Detector.
Posted by Vintage Wargaming at 02:10 4 comments: 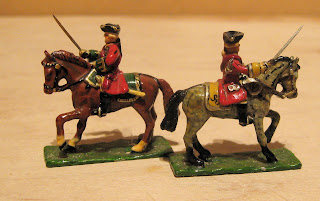 Vintage 20mil in their history of Lamming Miniatures stated:

Lamming’s first 20mm range covered the Seven Years War. It was launched early in 1968 and included British, French, Austrian and Prussian troops. The details we have of the range are sketchy but it appears that it included all arms, some artillery pieces and a fairly wide variety of troop types including a mounted British colonel. A photo in Wargamer’s Newsletter shows a gun and four-man artillery crew plus an officer. Infantry figures sold at one shilling (5p) and cavalry for 2/6d (12 p).

By 1970, when Lamming launched his 20mm Napoleonic range, the Seven Years War range seems to have been dropped. Adverts for The Northern Garrison in 1970s issues of Scale Models mention only the Napoleonics and in an article on gaming the Jacobite Rebellion that appeared in Miniature Warfare in January 1972 author Stuart Reid states "Lamming are no longer producing Seven years War figures".

I was very pleased at the time of my earlier post to have found a few figures from this range. Now, following a heads up from Doug of Unfashionably Shiny, I have rather more progress to report.

A couple of days before it was due to take place, Doug let me know of an auction taking place in Driffield on 23rd March 2013. This was described as follows:

To include THE LAMMING COLLECTION - the promotional display collection of painted die-cast scale models & military figures of Lamming Miniatures, Hull, on instructions from Mr W H Lamming who has retired

I wasn't able to attend or make a remote bid, but on checking after the sale and finding they were unsold, I bought this lot sight unseen for the reserve price, and on Monday was able to pick them up. I was very glad to find that they were what I had hoped for, as this had been a risk, despite the provenance.

I will post pictures of the various figures on The Old Metal Detector in due course, in what should be the most detailed description of this range yet available.

Meanwhile, the photo at the top of this post shows the mounted British Colonel mentioned in the Vintage20mil description. Below are some further pictures of some of these figures. They are extremely well painted for the time and the cavalry have very nice pin swords - the curved light cavalry sabres are particularly fine. There are one or two figures from other manufacturers. If anyone can help with identifying troop types that would be helpful - SYW is not one of my main periods. 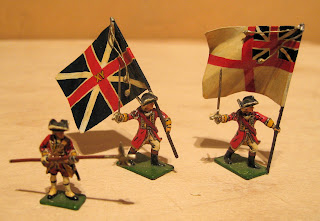 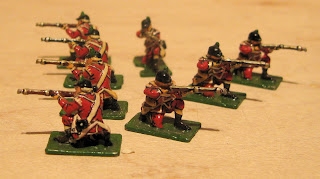 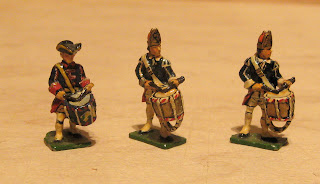 
Thanks to Vintage Wargaming reader Mick, I have acquired a collection of around 80 sets of Rene North Paint Your Own cards, still in their original (and unopened) envelopes.

I still have to work out what to do with these but I thought I'd start with the couple of duplicate sets. I think I will have to open them all as this will be a way of compiling a reasonably comprehensive list. I may post a fair quantity of them here, or where relevant on the Hinton Hunter as period uniform information.

To start with here are the contents of set #107 French 8th Light Infantry, as an example of what you got - 6 uniform cards, text uniform instructions, and the small brown envelope they came in. 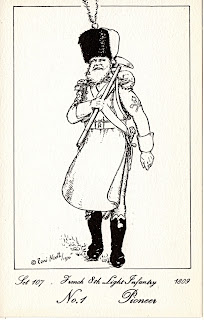 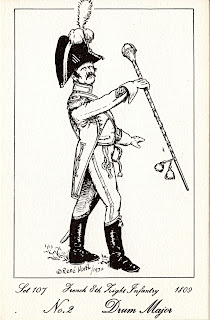 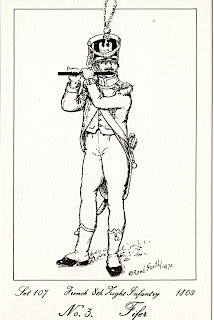 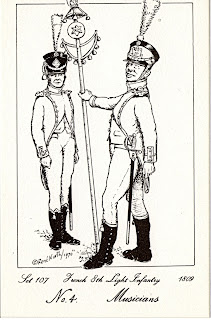 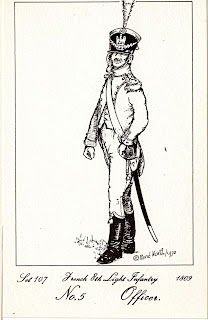 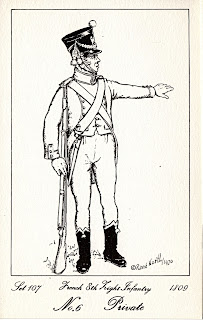 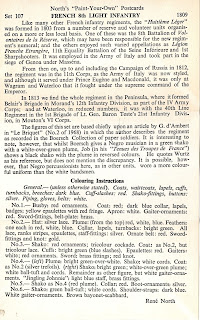 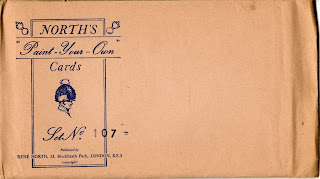 Posted by Vintage Wargaming at 20:56 2 comments:

While I haven't been posting much at all here recently, you may have noticed that 15mm and Ancients are two things which do not feature here much. I'm therefore pleased to pass on details of a new Yahoo group started by Karl called Strip_Minifigs_Ancients.

This is a group dedicated to collecting, painting, playing with and preserving the memory of the earliest 15mm Ancient Wargame Figures.

The focus is on figures originally produced before 1980, most commonly represented by the "Strip" Minifigs, but including Mike's Models, Peter Laing, Heritage, Blood Axe, Ral Partha and other manufacturers to be identified through this group.

If this interests you I would encourage you to check it out and sign up to it - only just started so not much activity yet.
Posted by Vintage Wargaming at 14:33 No comments: