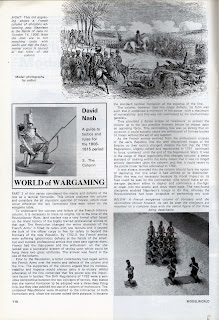 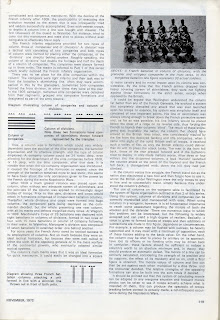 Posted by Vintage Wargaming at 19:50 No comments: 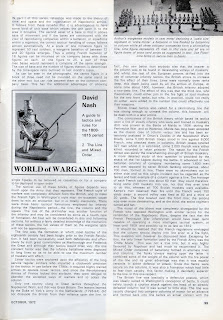 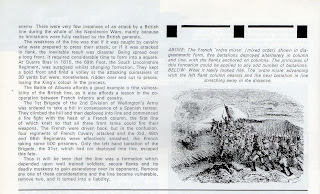 Posted by Vintage Wargaming at 19:48 No comments: 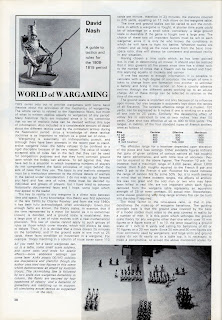 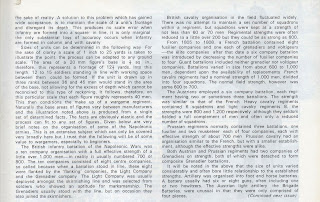 Posted by Vintage Wargaming at 19:35 No comments:

A forotten pioneer? David Nash and his World of Wargaming 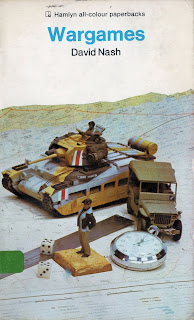 Though not as prolific in specifically wargaming titles as some others in the 1970s, David Nash seems oddly neglected. One of the founders of the London Wargames Club, he was maybe better known for his work on the Prussian Army of the Napoleonic Wars and the German Army of the Great War.

Hamlyn all-colour paperbacks published his book Wargames in 1974. It covered three periods, the Napoleonic Wars, the American Civil war, and the Second World War. If you google it you will find Mike Siggins describing it as "seminal".

His book on the Prussian Army 1808-1815 was published in 1972 by Almark. In the same year he started a series of articles in Almark's Modelworld magazine called World of Wargaming, which covered Napoleonic Wargaming and seems to have run to eight instalments between September 1972 and May 1973 (there were no articles in the December 1972 and March 1973 issues). In comparison, Charles Grant's long running series The Napoleonic Wargame had started in Military Modelling early in 1971 ,and was published in book form in 1974.

To redress the balance somewhat, the next post includes the first three articles in David Nash's modelworld series. I do have the others and will post them if there is interest. 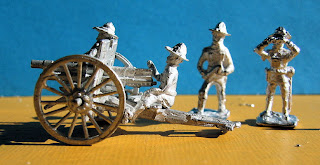 Peter Johnstone of Spencer Smith Miniatures has been in touch again with pictures of the artillery pieces and crews for this range.

I am attaching photos of the artillery pieces for this conflict: the Mexican French 75mm gun and crew and, for the Americans, the Erhardt gun and crew.

As it will take a while to update my website, the codes are:

Please pass on my thanks to those stalwart Jacklex customers who are supporting this new range.
Posted by Vintage Wargaming at 10:16 No comments:

Over on The Old Metal Detector I posted some information on the Almark metal and plastic WW2 figures sculpted by Charles Stadden.

As it is illustrated by conversions of the British Infantry and Heavy Weapons plastic sets, I thought this article from Almark's Modelworld magazine of January 1974 might sit better here.

In it Bryan Fosten covers British Army Battledress 1939-45, illustrated with figures converted by Don Skinner and Noel Ayliffe-Jones. I don't remember reading this article before - it has something of the feel of John Sandars' 8th Army in the Desert series in Airfix Magazine. 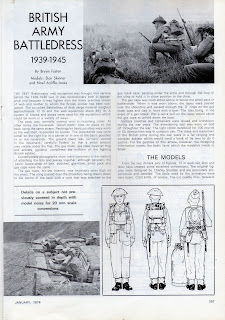 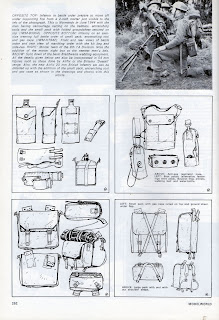 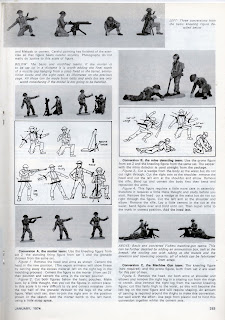 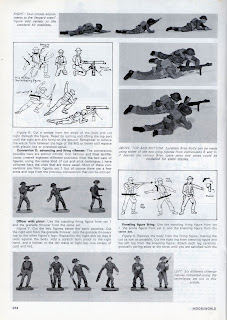 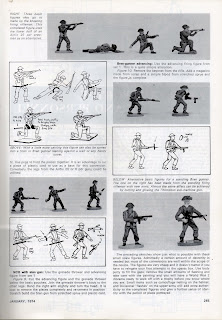 Posted by Vintage Wargaming at 00:48 4 comments: 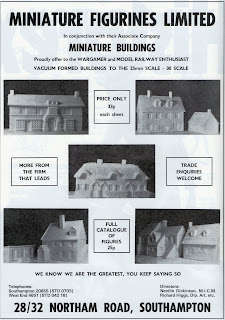 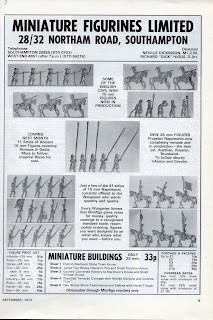 Peter Johnstone at Spencer Smith Miniatures has let me know that the artillery, machine guns and equipment for this range are now out and available to order. They are listed below (order details as in previous post):

I was sad to hear today of the death of Bob O Brien, one of the movers behind the Wargames Research Group.

Thanks to Dave for permission to reproduce here a post he made elsewhere:

Bob O'Brien died this morning peacefully in his sleep after a short illness and a fall. He was 92.

He was one of those responsible for WRG and many Airfix Magazine article of converting soft plastic figures; articles that have influenced many of us even if we still have no idea where to get Banana oil!

Bob intoduced me to wargaming Seven Years War using the WRG 1685-1845 set (naturally) with a raft of home mods so was my first opponent. A couple of weeks ago when a friend umpired an Russo-Japanese war naval game, which I lost badly, I had the honour of being his last wargame opponent.

Bob's interests covered wargaming from earliest recorded history onwards and on land or sea and in the air. His impact on the hobby has yet to be fully assessed but he will be missed. As a veteran of WWII both with the BEF in 1941 and later in North Africa his store of ancedotes could both enlighten and distract. When telling him about our BattleAxe game 2 years ago I mentioned Halfaya Pass, his response 'I know it well'. Few men have driven the along the whole of the coast from the southern border of Turkey to Tunis. Much of it more than once.

Gentlemen if you knew or were influenced by him then, at your leisure, raise a glass to what Bob described as the wargamer's toast: 'Confusion!'

In tribute here is one of his many articles on modifying Airfix plastic figures for wargames, this time from Military Modelling October 1972. 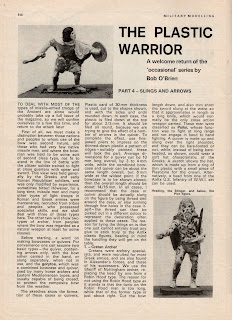 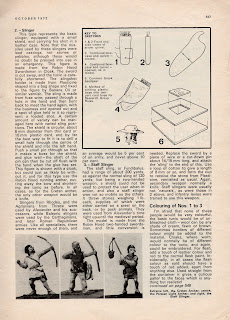 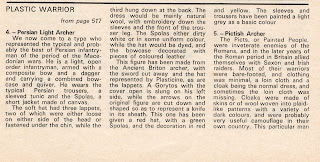