I have been contacted by David regarding 40 Roco Minitanks "from his youth" which are available free to a good home for anyone who will pick them up from Portsmouth UK - NB THESE ARE ONLY AVAILABLE TO SOMEONE WHO WILL GO AND COLLECT THEM - NO POSTING. I have no further information on which models they are, condition etc. If you are interested use the "contact Vintage Wargaming" link at the top of this page and I will forward your e-mail to David.If I hear from David these have gone I will remove this post.
Posted by Vintage Wargaming at 13:43 4 comments:

Looking for the Nelson Touch, and more 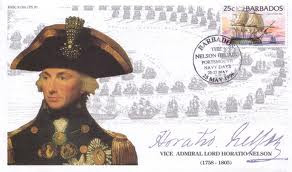 Den has been in touch trying to track down a couple of multi-part articles from the early to mid 1970s. They were by Rod Hunt, from either Sword & Lance or Military Enthusiast magazines. The first was the Nelson Touch Napoleonic Naval Rules, and the second WW1 Dogfight Rules.

Boardgame Geek has an entry for the Nelson Touch, which appeared in Military Enthusiast #2 and #3 in 1976, including a couple of scanned pages.

If anyone knows more or has any information on either of these sets of rules, could you get in touch either through comments on this post or using the "Contacting Vintage Wargaming" link at the top of the page.
Posted by Vintage Wargaming at 16:06 2 comments: