Just back from the Sage...

...Gateshead and seeing the Ukulele Orchestra of Great Britain


playing this amongst others
Posted by Vintage Wargaming at 22:41 2 comments: 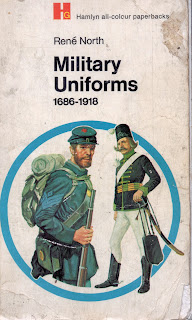 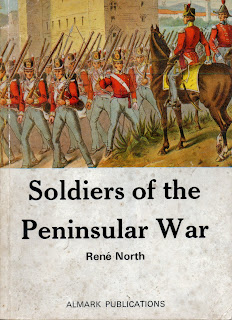 For a long time the only uniform book I owned was Rene North's Military Uniforms 1686-1918, published by Hamlyn all-colour paperbacks. The scan is of the cover of my original copy, and it is only now looking at it for the post that I have realised the plates aren't by North himself, but by John Berry.

Rene North was also the author of the Almarks on Soldiers of the Peninsular War and on Waterloo. He published a series of colour-in-yourself uniform cards.

Rene North is a keen student of costume and military affairs, and has lectured, written articles, and translated books about the uniforms of war. He runs a small private business producing military postcards, and travels extensively to do research from first-hand sources in museums, libraries, art galleries and private collections. He is often in demand as a consultant to theatrical and advertising agencies on matters of military dress. During the Second World War he served in the Royal Artillery and the Intelligence Corps.

Incidentally, if anyone can let me know how to put an e acute in text in blogger, I will revisit this post...
Posted by Vintage Wargaming at 14:24 4 comments: 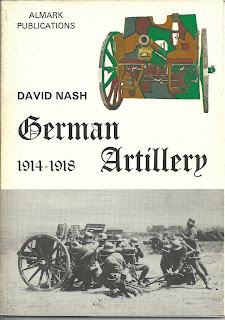 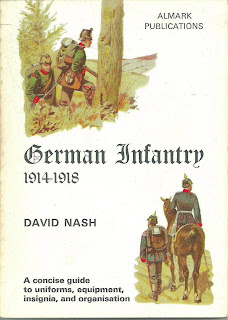 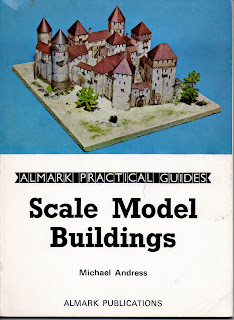 Thanks to Mike for scans of two more David Nash books - the Model Buildings one is from the loft
Posted by Vintage Wargaming at 14:20 1 comment: 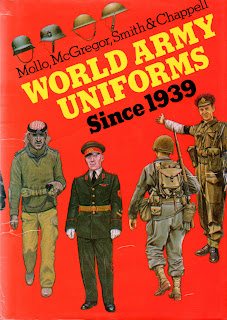 Found another one...
Posted by Vintage Wargaming at 14:13 1 comment: