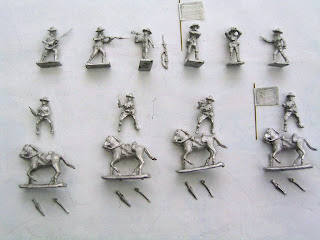 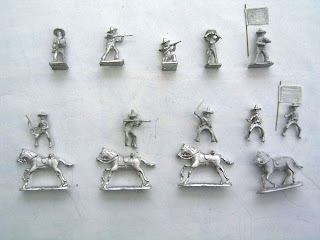 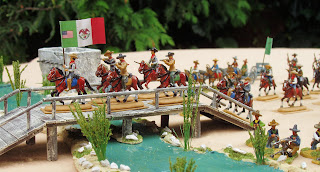 You may (or may not) recall a previous post here about some Pancho Villa figures Jack Alexander had made for his private wargaming use.

I am delighted to announce that these are now being made commercially available through Peter Johnstone at Spencer Smith Miniatures.

Following earlier postings on this blog regarding Jack Alexander's new range of 'Pancho Villa'(1917) war figures or the American Punitive expedition into Mexico, I am pleased to say that the infantry and cavalry figures are now ready for sale and I am pleased to attached a list of available figures. The artillery pieces: erhardt gun, French 75mm gun, motor cyclist and a US colt machine gun plus limbers will be due very shortly. Jack points out that the Japanese WW1 infantry double nicely as the Mexican regular army figures and the Boer war range of mounted figures are useful extra figures for the American cavalry. Pictures should be up on our website very soon, but you already have some very nice pictures on your blog. Hope you can make mention of this new range. A bit unique, I think. How many soldier makers leave it 35 years before bringing out new figures? I will let you know when I have the rest of the range.

Please ask your members to contact me directly for further information or to place orders via phone/post or website in the usual way.

(All figures cost 45p each)

As I have just been painting some Jacklex Russo-Japanese War Japanese infantry I can endorse Peter and Jack's comments on the suitability of these figures to expand the options available.
Posted by Vintage Wargaming at 16:23 1 comment: 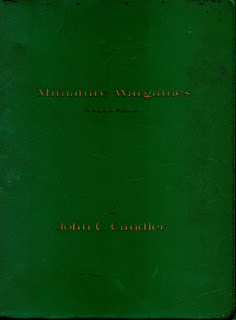 I'm glad to say John C Candler has made a comment on one of the posts about his rules here - as this post was some time ago I thought I'd draw attention to it for anyone who is interested. It would be intriguing to see a revised version of these rules.
Posted by Vintage Wargaming at 08:45 1 comment:

Posted by Vintage Wargaming at 10:49 No comments:

The past is another country...

More from the British issue of War Games Digest, September 1960. 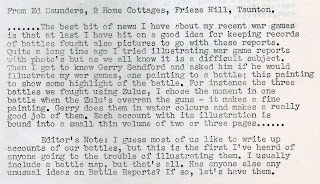 How stylish is that?
Posted by Vintage Wargaming at 20:36 3 comments:

After 231 posts, 40,700 visits, and with 86 followers to date, Vintage Wargaming reaches the advanced age of one year old today. I still have a pile of (hopefully) interesting stuff unposted, so aim to continue, although possibly at a slightly more sedate pace.

Thanks to everyone who has read, followed, commented, or otherwise interacted with it. And special thanks here to Harry and Tony for their recent invaluable help - some of you may have an inkling of what with ...
Posted by Vintage Wargaming at 02:12 6 comments: 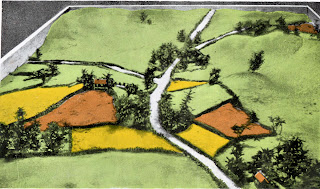 In the recent post on Don Featherstone's terrain article on sand tables, I mentioned that I had found a copy of the book he mentions, Building and Modelling Sand Tables, by Sgt.-Major T W Sloman, on Abebooks. Reader, I bought it. One thing led to another and I bought Valentine's More Sand Table Exercises, too. And I'm waiting for Valentine's Sand Table Exercises to arrive by post. And the only copy of Mountain Warfare on the Sand Model I could find is in Australia and postage is prohibitive.

My copy of More Sand Table Exercises is a Seventh Edition, published in 1941. The exercises are interesting tactical problems so I thought I would post one here. I chose Exercise No. 5, The Platoon and Section in Defence, mainly because in Sloman's book there is a colour picture of a sand table set up for it. (Though comparing it to the map I'm not 100% sure how it fits - unless the river isn't represented or I'm looking at it the wrong way round)... 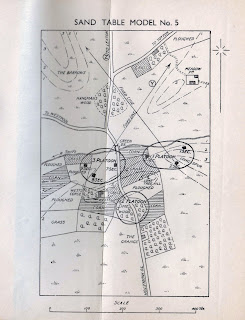 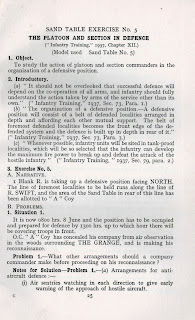 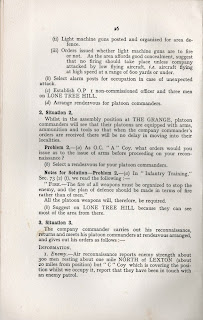 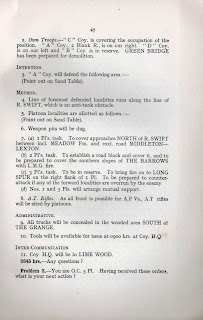 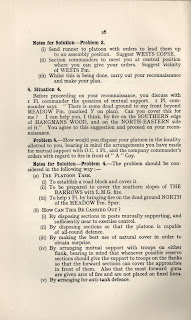 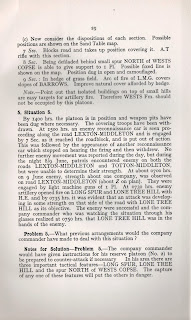 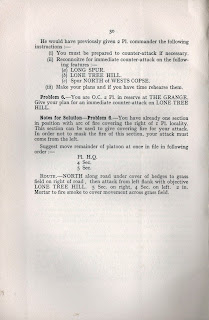 A bit more from Sloman's book - a picture of and list of contents for the Gale & Polden Sand Model Set - may follow in due course.

I hope the Exercise makes an interesting read, and that the scans are adequate - very difficult to get the book flat enough without destroying the spine.
Posted by Vintage Wargaming at 01:35 1 comment:

Reference has already been made in previous posts here on Vintage Wargaming to the contribution of well known literary figures to early wargaming. These include Robert Louis Stevenson, A.J. Symons, H.G Wells and even Guy Debord.

Less well known is the involvement of a small group of academics and authors in Oxford in 1939, based on the Inklings group and their meetings at the Eagle and Child, and a young subaltern from the Bedfordshire and Hertfordshire Regiment. Even less well known is the contribution their wargaming may have made to some of the most famous and well loved books of the second half of the 20th Century.

The academics and authors were J.R.R Tolkien, the Rawlinson Professor of Anglo Saxon, and C.S. (Jack) Lewis, Fellow and Tutor of Magdalen College. Both men had served on the Western front in the First World War, Tolkien with the Lancashire Fusiliers, and Lewis with the Somerset Light Infantry. Tolkien was invalided out in 1916, while Lewis went to France in 1917. Their experience of war left a lasting impression on both men, and Tolkien’s obsession with trenches is reflected in his later work in the Lord of the Rings trilogy. The subaltern was a young officer called Peter Young, who seems to have visited Oxford at irregular intervals to buy military footwear (including commando boots) from the well known Oxford outfitters Walters of the Turl. It may have been on one of these occasions that Peter Young attended a meeting of the Inklings – whether by invitation or accidental presence in the pub on a Tuesday morning is unknown – and met and befriended Lewis and Tolkien

For different reasons all three men sought an escape from their personal experiences of war. It seems that they evolved a complicated fantasy medieval world, where they fought at irregular intervals a mixture of a role playing and wargame campaign, punctuated and inspired by alcoholic intake at the Eagle and Child. Each man ruled an independent kingdom with castles, peasants and armies. Their name for this game was “Donjons and Flagons”, and it was fought using the patriotically incorrect (for the time) Elastolin composition Ritterfiguren (knights) bought by Lewis and Tolkien from Boswells in Broad Street. The embarrassing source of these figures from Germany may have been one of the reasons for the very sketchy detail that has existed to date about this game.

It is interesting to speculate whether this interest in mythical worlds contributed to Lewis’s development of the Narnia books between 1949 and 1954, Tolkien’s writing of the Lord of the Rings trilogy which was published in 1954 and 1955, and even to the Seven Years’ war campaigns described in Charge!

Intriguingly a recent discovery among J.R.R. Tolkien’s papers in Merton College Library (he became Merton Professor of English Language and Literature in 1945) suggests there may have been an additional element in this game – re-enactment. College Librarian M. R. Benn has discovered a previously unrecorded envelope containing two documentary fragments – a faded photograph, inscribed in Tolkien’s handwriting, “Peter Young playing the game, in the garden of 20 Northmoor Road, September 1939”, and the other a bill for hire of three medieval costumes from Walters of the Turl, also dated September 1939.

With permission of the College, the photograph is reproduced below