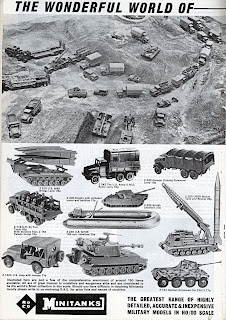 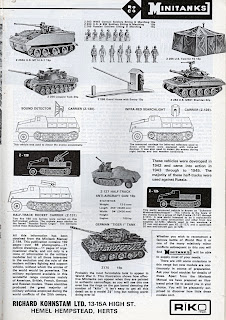 Exotic (because of their sheer range and variety, and the difficulty in obtaining them in the UK), and exotic (because 1/87 scale, though confusingly described here as HO/OO as used by Airfix for their plastic soldiers), this ad for ROCO Minitanks is from Almark Modelworld December 1972.
Posted by Vintage Wargaming at 22:26 11 comments: 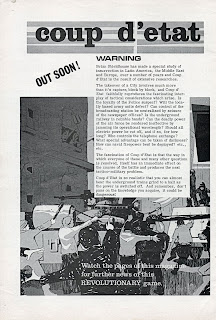 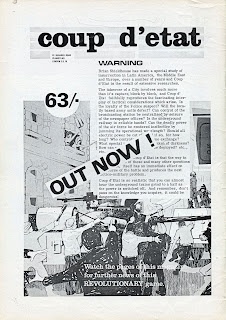 Brian contacted me about an ad he remembered from Miniature Warfare for a game called Coup d'Etat. Here are two versions of the ad - the "out soon" one from August and the "out now" one from November 1970. Brian wondered if anyone had, or played this game, or even knew if it was actually published - if so, could you post any information using the comments system?
Posted by Vintage Wargaming at 19:48 8 comments:

While waiting for day 4 of the Adelaide Ashes test to start, I noticed that the blog has acquired its 111th follower. If you are not au fait with the great traditions of cricket, you might not now that scores of 111 are refereed to as "Nelson" and multiples (222, 333 etc) as double Nelson, treble Nelson etc, and are viewed with great superstition as likely to cause a wicket to fall. One test umpire (sadly no longer with us) would officiate standing on one leg until a further run was added.

No-one seems 100% sure why this tradition has grown up (cricketers are a very superstitious lot) but it seems to be called Nelson from the erroneous belief that along with one eye and one arm Nelson had only one leg. So the combination of a Nelson of followers and the Ashes made me think a naval episode might be appropriate.

This article reflects an earlier time in wargaming where you made the best of what was available, rather than having vast ranges of wargaming kit available. I have a soft spot for the small Airfix Series 1 ship kits, and i have even half heartedly started on a long considered project using the Golden Hind, Revenge and Mayflower models to create Royalist and parliamentarian fleets for Prince Rupert's later career as an Admiral.

There might be something in this Nelson stuff - Kevin Pietersen has just got out. 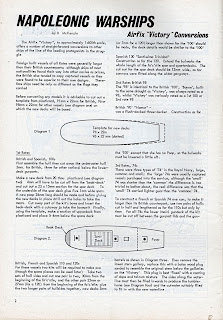 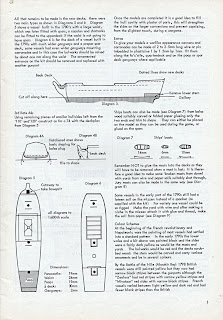 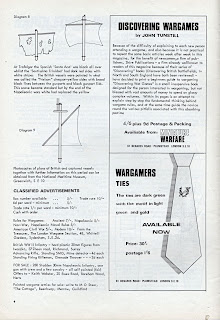 Posted by Vintage Wargaming at 23:31 8 comments: