A little difficulty in lining up the scans but I hope they will be readable.

This article dates back to around 1996 but still seems relevant. For a long time I have thought certain wargames on line forums are very clever academic test beds for researchers gaining information on a range of personality disorders. While this article predates a lot of this it is interesting to see how much you think still holds good in 2012. 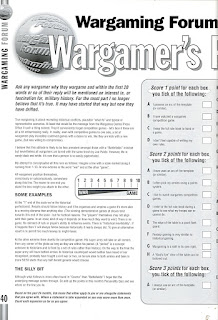 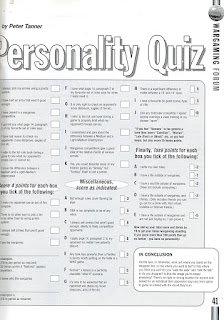 Posted by Vintage Wargaming at 13:27 2 comments:

Following an earlier post about the Big Battle League's Invasion of Arcadia megagame, featured in Battle Magazine, Terry Mutlow, one of the organisers, has been in touch.

I was delighted to stumble across "Old Metal Detector"'s post (12 June 2011) about the invasion of Arcadia game, which we played on 1000 sq feet, which represented a 30 mile front. .

Following it, a "World Game" (sort of parallel universe, but resembling planet Earth) was devised with different London clubs each running a country. The two super powers were my group (WAR DEPARTMENT) running USOD (sic), United States of Democrova and the wonderfully evil TARKUS (geographically resembling the USSR) was organised by the North London Warlords (hope I've got the name right).

More big war games were played, in which USOD, it has to be said, did much better against its enemy than it did in the Arcadia debacle. I still have nightmares about Field Mashall Steve Tulk of Tarkus!

One large scale exercise was against a local school, headed by General Mark Urban (then a teenager) who went on to become (and still is!) a brilliant defence and political editor of Newsnight on BBC2.

It just goes to show the enormous potential of wargaming as a tool for teaching history, geography. sociology and international politics, when used imaginatively.

(If Tony Blair had been so educated, we would never have become embroiled in Iraq or Afghanistan!)

Although there were several more fabulous big games, enthusiasm waned. In part this was probably down to me. As the driving force for big battles, I spent most of my energies developing WD's own wargame rules to integrate land, air and sea warfare. They eventually sold several hundred copies. One Jaguar pilot (phoning with a query) declared that they were the most realistic air combat rules he'd ever used. That was nice!

It would be great to hear from more of the original participants, from my team and other of our deadly enemies at the time.

Time also to pay our respects to two wonderful characters who helped create Arcadia and what followed - Robin Hunt and "Gentleman" Jack Devlin of North London Warlords - and who are sadly no longer with us.

On a brighter note, buried in deepest Wiltshire, the original USOD army of the War Department still exists as BLUE and RED FORCE.

Over the years, they have been upgraded, developed, and refitted.

There are well over 350 AFVs in each force of 4 mechanised armour brigades and 6 armoured battalions, all with full logistical, engineering, military police and medical support.

I hope to come back and tell more detailed stories from the battle of Arcadia, and developments for the future before too long.
Posted by Vintage Wargaming at 23:41 4 comments:

Thanks to Stryker over at the Hinton Hunt Vintage Wargames blog I have been able to fix the problem of pictures not enlarging when you click on them. Hopefully no problems now - if you have any trouble, please let me know.
Posted by Vintage Wargaming at 23:25 2 comments: 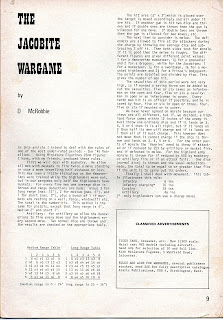 Posted by Vintage Wargaming at 21:39 No comments: