New scans of Wargaming in the Twin Cities

As this is the second most popular post on Vintage Wargaming, I thought it was about time I posted better scans of this rather tatty newspaper article frrom the Minneapolis Tribune Picture Supplement 17th April 1966. 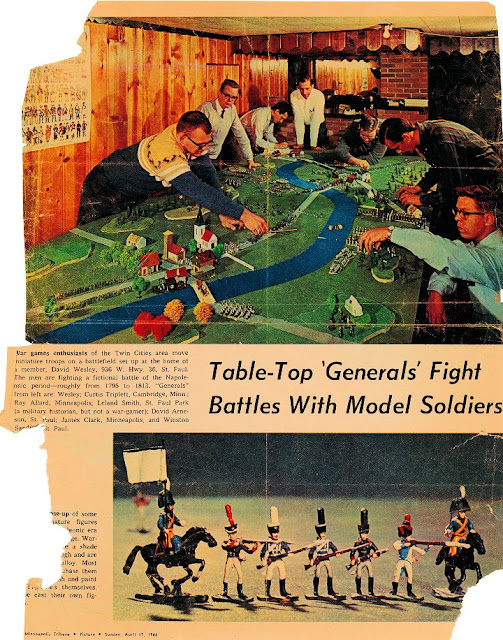 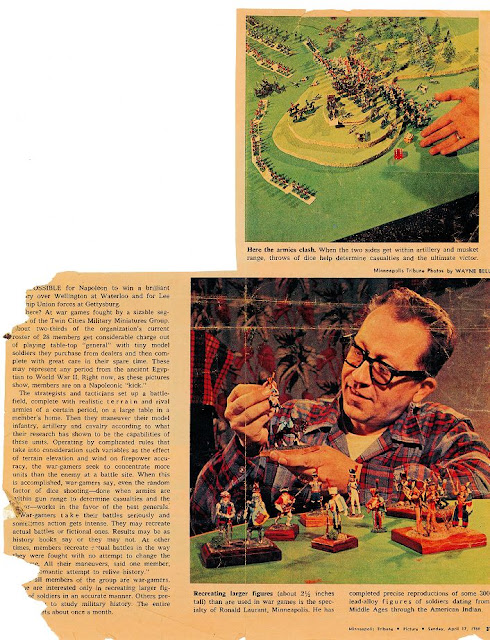 I shall also be adding the new scans to the original post.

Posted by Vintage Wargaming at 16:05 5 comments:

A press release has landed at Vintage Towers announcing the release of a new suite of “Old School” rules today.

The Society of Soggy Bottomed Wargamers are pleased to announce the release of a new set of generic rules and the first two period related supplements to enable you to refight the little know Cake Wars of the late nineteenth century and earlier.

The generic rules set, Baking Powder, have been written by JB Priestly. 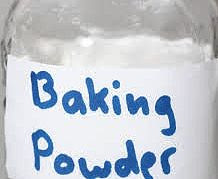 
Watch out for the forthcoming AWI (Awesome White Icing) variant by Eclairer, and the Medieval and Dark Ages supplements Simnel and Scandi Toskvig Godwinson.

Other periods in the pipeline for supplements include the ACW (American Cake Wars) and RCW (Russian Cake Wars).

We are pleased also to announce a new associated range of 6mm figures by Mary berry od Bakeus Miniatures, but the rules will of course also work with 10mm, 15mm, 20mm and 28mm. Add a little Hollywood to your Wargaming.