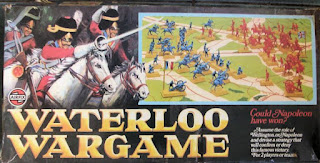 There is a previous Vintage Wargaming post here with a scan of the original advert. This came from 1976 which gives an approximate date for its release.

While I have some hard plastic Airfix Napoleonic figures which obviously are pieces from the game, I hadn't seen the other contents of the set, and there are few pictures of it on the internet anywhere. 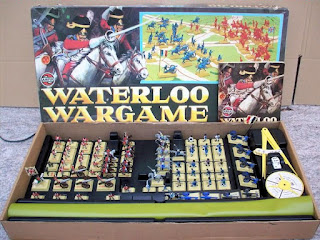 The game itself is pretty simple. Each side moves 15,000 men each turn and then the clock is moved on 15 minutes. Combat occurs when two or more opposing units come into contact or if they are in range of artillery. The number of men plus whether Napoleon or Wellington are with them for morale and whether any are in a stronghold and the throw of the dice are all taken into account and the winner decided. Napoleon must take 30,000 allies by 4.30pm or Wellington wins. There isn't much more to it than that really, but it's good fun!

First, some images of the mat: 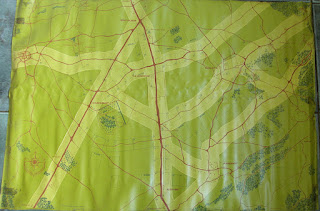 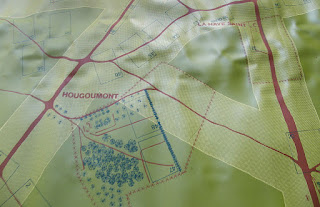 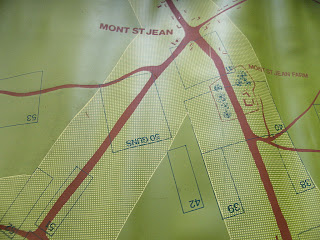 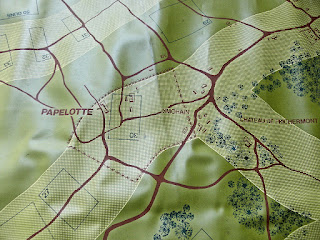 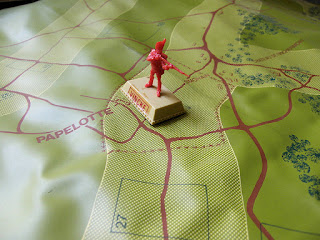 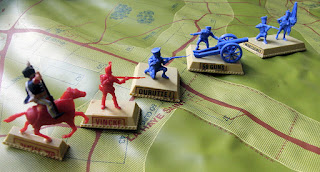 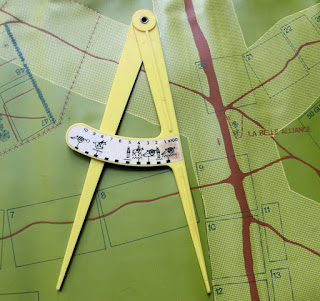 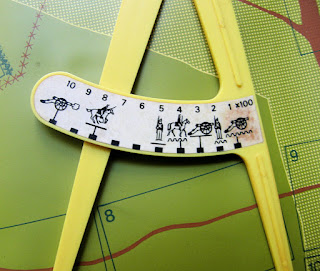 Alan writes there is a set for each player/team. They are pretty self explanatory. A straight line under infantry, artillery or cavalry shows how far they can move on road in a go. A bumpy line underneath is how far they can travel on rough terrain. And the 10 is whether pieces are in artillery range. All units are in centimeters. 1cm = 100 yards. 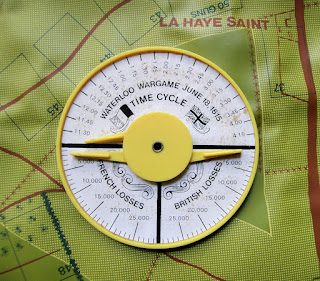 Alan writes - again, self explanatory. Each move the player can move 15,000 troops and then the clock is moved on 15 minutes. Napoleon has to take 30,000 of Wellington's troops by the time the clock reaches 4.30pm (20th move) otherwise it is assumed that Blucher has arrived in sufficient force to help Wellington to win the battle.

The booklet (history, uniforms and rules) 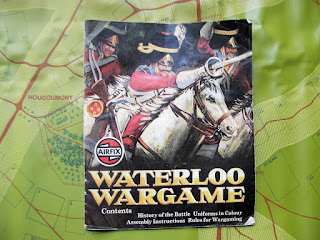 Posted by Vintage Wargaming at 13:39

Aaah the memories. I remember my parents buying this for me as a child. At the time I thought it was a fantastic set.

Awesome images from a game that I have otherwise never seen.

The calipers! These always featured in staged wargame photos - as on the old Hamlyn book cover. A while back I decided to invest in some and use them for games. Got a very nice pair off eBay. Trouble is, when you try and measure with them they knock everything over.

Thanks for posting this ... Jeff

The calipers and time clock/losses meter are very interesting examples of how to pack a lot of information onto-into a small gadget. I've never seen anything like this in any other game.

what do you buy for your older brothers 55th birthday - well a copy of our first ever wargame ....trying to track one done. Does anybody have any ideas where I can get a copy?

i bet mike blake had this